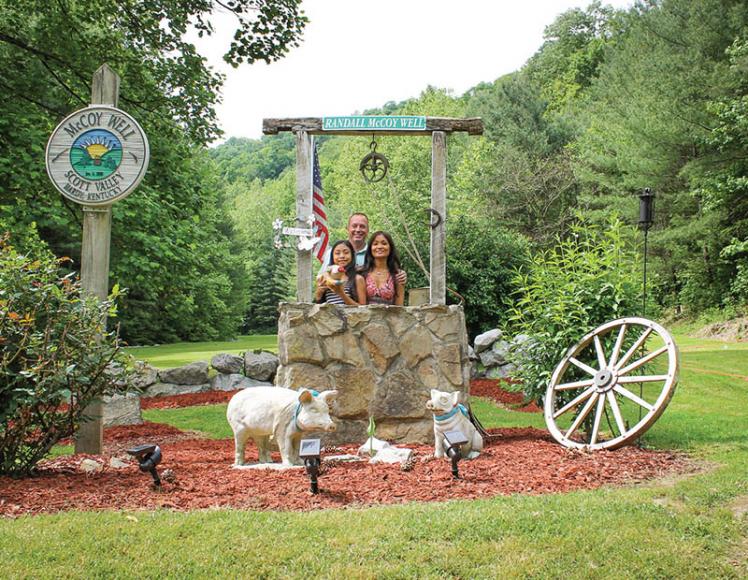 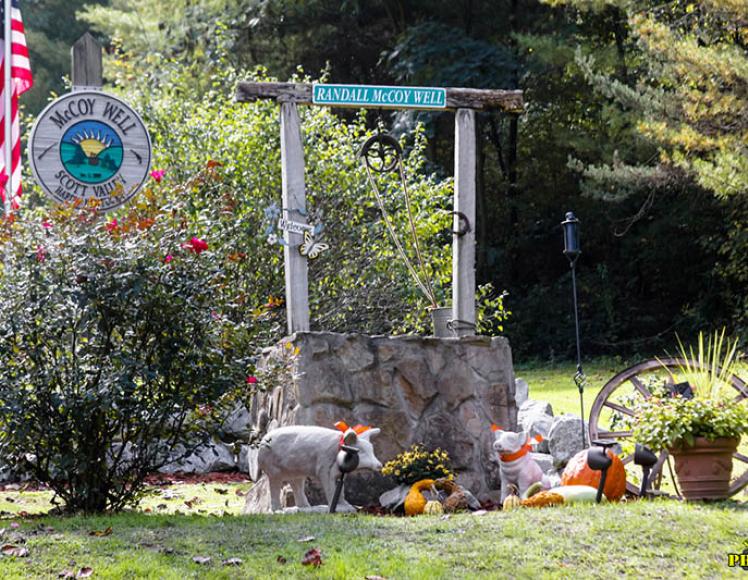 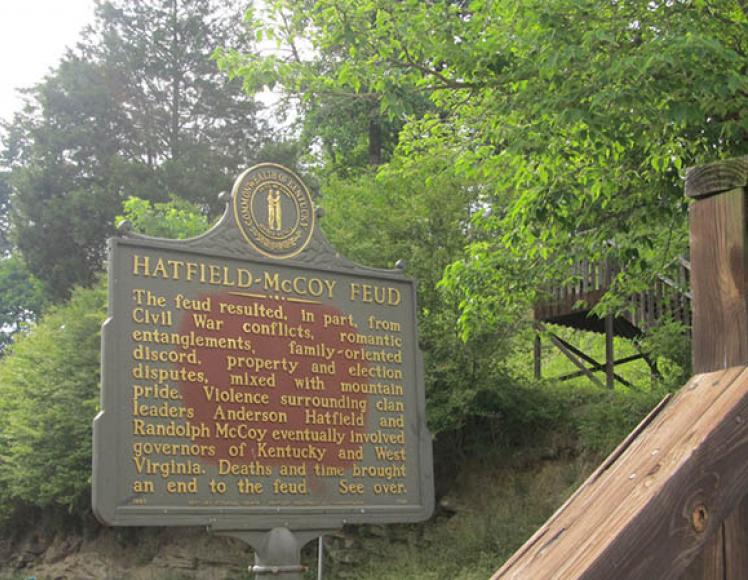 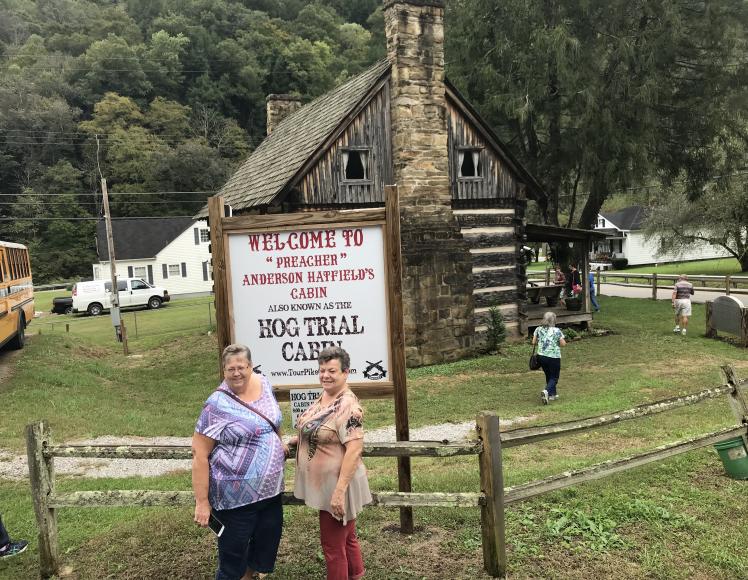 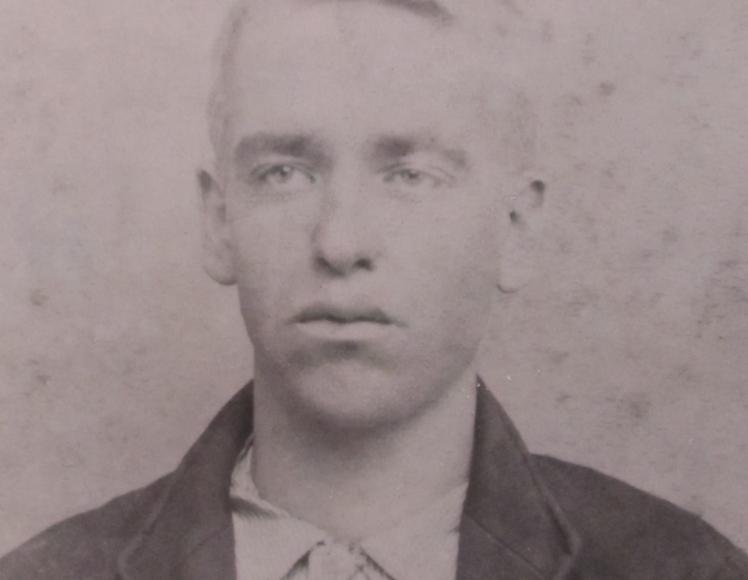 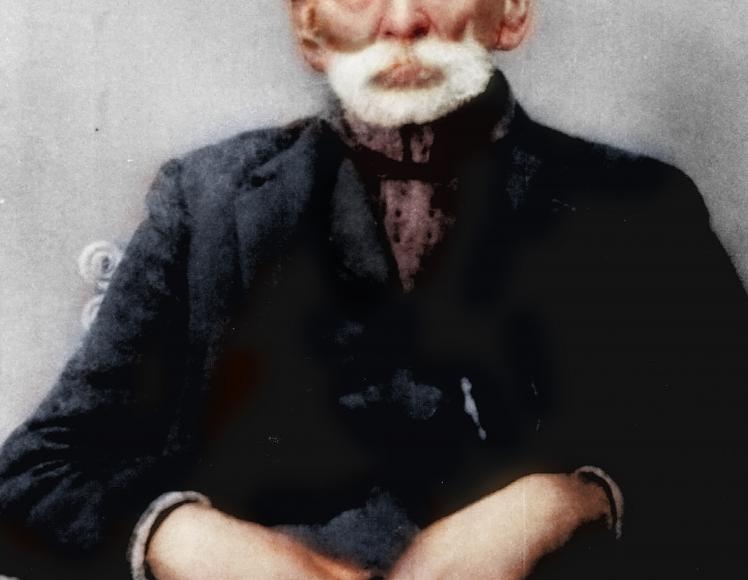 Are you fascinated by the bloody Hatfield-McCoy feud, a late 19th- century conflict between rival Kentucky and West Virginia families? A visit to Pike County, Ky. will uncover the history of this clash and help satisfy your curiosity. In addition to this driving tour, you can also attend the Hatfield and McCoy Heritage Days each September.  Many tourists each year travel to eastern Kentucky to see the areas and historic relics that remain from the days of the feud. Improvements to various feud sites have been completed, and historical markers commemorate many key locales. Research by local historians has been compiled into a single audio compact disc called the "Hatfield–McCoy Feud Driving Tour." The CD provides an outstanding self-guided driving tour of the restored feud sites. It includes multimedia items such as maps and pictures as well as the audio CD. You can order the CD by visiting www.tourpikecounty.com or by calling 800-844-7453 and plan your own trip along this historic trail. You might also wish to attend the annual Hillbilly Days festival in Pikeville, Ky., which each April draws thousands of visitors to the area of the feud for a weekend of regional entertainment, good food, contests, celebrations and other fun stuff. You can get more information on the festival at www.hillbillydays.com. The root of the feud between the Hatfields and McCoys involved two families of the Kentucky and West Virginia Appalachian mountains along the Tug Fork of the Big Sandy River. The bad blood stemmed from many causes, but the origins have been traced to divided loyalties during the Civil War and even a Romeo and Juliet style romance when two rival clan members fell in love. The McCoys, who lived in Pike County, Ky., mostly sided with the Union during the Civil War, while the Hatfields, from neighboring Mingo County, W.Va., were aligned with the Confederates. The first real violence in the feud occurred when Union soldier Asa Harmon McCoy was killed in 1865, a murder generally believed to have been committed by members of the Hatfield family. Between 1880 and 1891, the feud claimed more than a dozen members of the two families, and the drama became headline news around the country and compelling the governors of both Kentucky and West Virginia to call up their state militias to restore order.  The governor of West Virginia once even threatened to have his militia invade Kentucky. Kentucky’s governor responded by sending his chief military aide to Pike County to investigate the situation. Besides nearly a dozen who died, at least 10 persons were wounded in that decade. The Hatfields and McCoys entered the American vocabulary as a metaphor for any parties to a bitter rivalry. More than a century later, the story of the feud has become a modern symbol for the perils of family honor, justice and vengeance. The conflict has been the subject of many books and even a popular three-show TV miniseries that ran on the History Channel in 2012.